Kevaughn Atkinson notched a hat-trick as St. Andrews registered a fine 3-1 win over Mosta at the Victor Tedesco Stadium.

St. Andrews took the lead on the 5th minute when they were awarded a penalty after Romeu Romao handled the ball inside the area and from the penalty spot Kevaughn Atkinson made no mistake.

Mosta equalised on the 13th minute thanks to a fine rising shot by Renan Oliveira following a cross by Massimo Sammartino.

Amoy Brown was unlucky to hit the woodwork for St. Andrews with goalkeeper Andreas Vella beaten on the 29th minute.

St. Andrews regained the lead on the 57th minute. Amoy Brown sent Kevaughn Atkinson through on the right flank and the latter advanced into the area before slotting past the Mosta custodian.

The Saints sealed the issue on the 74th minute thanks to Kevaughn Atkinson, served by Kyle Butler, beating Andreas Vella with a fine angled shot.

Three minutes later, Martin Davis almost added another when he rounded a defender and tried his luck with a shot from the left but the ball was deflected by Calleja Cremona onto the upright before being cleared into safety by a defender.

St. Andrews defender Adrian Borg was sent off one minute from time after receiving a second yellow card. 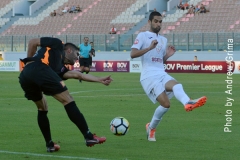 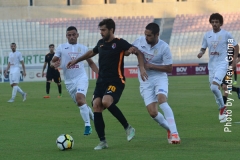 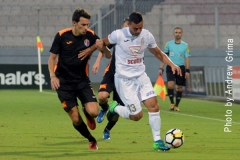 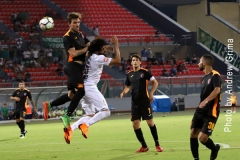 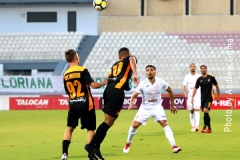 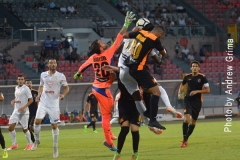 Hamrun had no less than nine players making their debut with Triston Caruana and Karl Micallef being the only players from last season’s squad to make it to the starting line-up. Floriana, on the other hand, had Mohammed Saleh and Clayton Failla making their debut along with substitue Patrick Wleh.

The Spartans took the lead on the 64th minute when off a cross from the left by Njongo Priso, Hennenberg headed the ball down and Kevin Tulimieri slotted the ball past goalkeeper Ini Etim Akpan.

One minute from time, Hamrun doubled the score thanks to substitute Bradley Schembri who placed the ball at the back of the net from close range when served from the right by Hennenberg.