Sliema Wanderers had a brilliant start in their BOV Premier League campaign as they defeated champions Valletta 3-0 at the National Stadium on Saturday.

Making their debut for Sliema were Jake Galea and Ryan Fenech while Jean Paul Farrugia was included as a substitute after re-joining the club from FC Chiasso. Valletta, on the other hand, had Mario Fontanella making his league debut.

The Wanderers took the lead two minutes from the end of the first half when off a Ryan Fenech corner from the right, Kurt Shaw headed home past goalkeeper Henry Bonello.

Eight minutes in the second half, Sliema went close to doubling the score when off a cross by John Mintoff from the right, Frank Temile’s shot was partially saved by Bonello, Mathias Muchardi hit the upright, Frank Temile took the rebound with a shot from the edge of the area but the ball was turned onto the crossbar by the goalkeeper with Muchardi hitting wide.

The Wanderers were not to be denied on the hour when Ryan Fenech’s direct freekick from the right bounced in front of goalkeeper Henry Bonello before ending at the back of the net.

Six minutes from time, Sliema sealed the issue with a third goal when in a swift counter-attack, Frank Temile sent Ryan Fenech through and the latter advanced into the area. 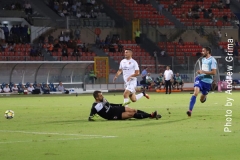 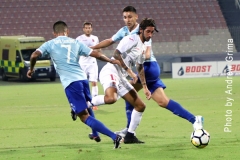 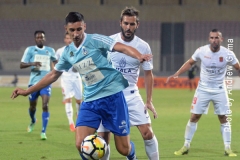 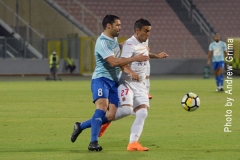 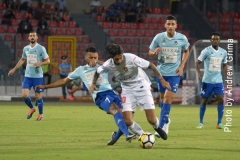 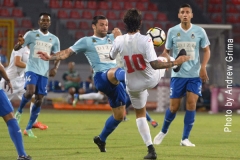 The Maroons could not count on Roderick Briffa and Jorge Pereira da Silva but were still strong enough to beat a Tarxien side which featured new signings Daniel Zerafa, Michele Paolucci, Miguel Ciantar and Anderson de Barros in the starting line-up and Alex Nilsson as a substitute.

Gzira took the lead on the 16th minute when they were awarded a penalty after Andrew Cohen was brought down inside the area by Andrea Cassar and Amadou Samb converted from the penalty spot.

Two minutes from the end of the first half, Edison Bilbao Zarate intercepted an erratic pass and with a fine shot from outside the area, hit past the Tarxien goalkeeper to double the score.

Tarxien pulled one back seven minutes in the second half thanks to Matthew Spiteri who received an assist by Michele Paolucci from the left and with a low first-time effort beat Justin Haber.

The Maroons made it 3-1 on the 61st minute when they were awarded another penalty after Daniel Zerafa floored Amadou Samb inside the penalty area and the Senegalese striker made no mistake.

Six minutes later, Amadou Samb hit the foot of the upright following a good run on the right but on the 74th minute, Gzira were not to be denied when off a Nikolai Muscat cross from the left, Destin Prince-Loic Mambouana hit home from close range.