After both registered fine wins in their first outings, Gzira United and Hamrun Spartans shared the spoils in a goalless draw at the National Stadium on Saturday.

Hamrun created the better chances throughout the ninety minutes but Gzira were unlucky to hit the posts late in the first half.

Following a quiet start, Hamrun went close with attempts by Ganci, Priso and Nayar but Gzira hit back with a Destin Mambouana header and a Nikolai Muscat effort which hit the upright on the 41st minute.

On the hour, Nikolai Muscat went close for Gzira but an attempt by Caetano Calil was neutralised by Haber and a Sebastian Nayar freekick was deflected into a corner. Late in the game, Caetano Calil had an attempt blocked by Rodolfo Soares and finally Haber performed good saves on Priso and Ganci. 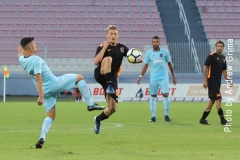 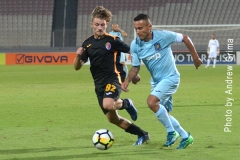 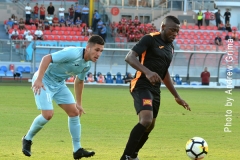 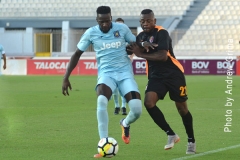 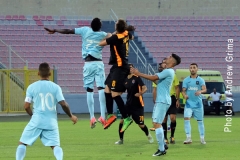 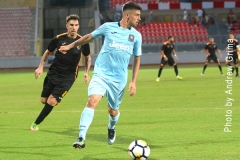 Meanwhile at the Victor Tedesco Stadium, Birkirkara registered their second win as they came from behind to beat newly-promoted Pietà Hotspurs 2-1.

Jan Busuttil put the Hotspurs ahead on the 23rd minute when he received a good cross by Gabriel Mensah from the left and controlled the ball before hitting lost past Naumovski.

Birkirkara levelled matters on the 69th minute thanks to Michael Mifsud who received a cross by Marcelinho from the left, hitting past Chircop St John.

Two minutes late, Cain Attard notched the winner, placing the ball at the back of the net off a corner by Marcelinho.

Four minutes from time, Cain Attard was sent off for Birkirkara after receiving a second yellow card for time wasting.