Hibernians came back from a goal down to beat champions Valletta 2-1 at the National Stadium on Saturday as the Citizens suffered a second defeat in as many matches to remain at the bottom of the table without any points.

The Paolites, on the other hand, registered a second consecutive 2-1 win to join Birkirkara and Sliema Wanderers on maximum points.

Valletta had two changes from the team which lost to Sliema as Jean Borg and Bogdan Gavrila replaced Ryan Camilleri and Juan Cruz Gill while Hibs coach Stefano Sanderra relied on the same eleven players who had started the game against Pietà Hotspurs last week.

Following a goalless first half, Valletta were unlucky not to take the lead on the 55th when off a cross by Joseph Zerafa from the left, a header by Bogdan Gavrila hit the crossbar.

However a minute later, they took the lead as Miguel Angel Alba took a short clearance by the Paolites’ defence and beat Hogg with a rising shot from outside the area.

Hibernians equalised on the 79th minute when substitute Taylon Correa intercepted a header by Steve Borg for the goalkeeper and placed the ball at the back of the net.

Hibs notched the winner on the 90th minute when Jurgen Degabriele’s powerful shot from outside the area was partially saved by Bonello and off the rebound, Andrei Agius slotted past the Valletta custodian. 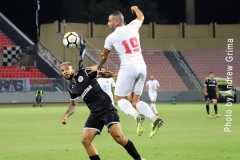 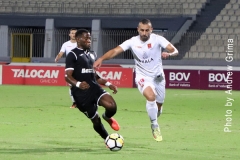 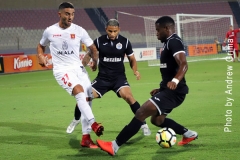 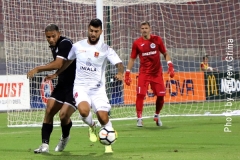 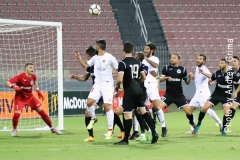 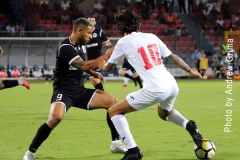 Meanwhile at the Victor Tedesco Stadium, Balzan claimed their first three points in a 4-2 win over Qormi.

Balzan had to wait until four minutes from the end of the first half to take the lead when they were awarded a penalty after Lubos Adamec floored Andrija Majdevac inside the area and Carlos Eduardo de Fiori Mendes converted from the penalty spot.

Eleven minutes in the second half, Ivan Bozovic doubled the score with a curling shot from the right which beat goalkeeper Jamie Azzopardi.

Nine minutes later, Andrija Majdevac made it 3-0 when he received an assist by Ljubomirac, rounded the goalkeeper and placed the ball inside the empty net.

Substitute Luke Busuttil reduced the gap for Qormi on the 71st minute as he took advantage of a defensive blunder and hit home.

Balzan went 4-1 ahead through Alex da Paixao Alves who hit home when served by Majdevac on the 76th.

Another substitute, Tensior Gusman, scored a second goal for Qormi on the 90th.