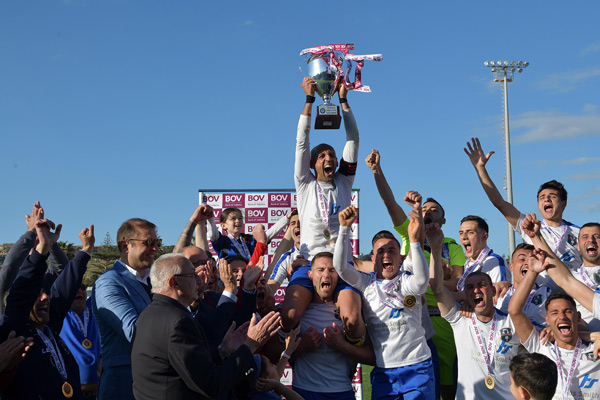 Going into the last game of the season against Sannat Lions and enjoying a three-point advantage over the latter, they maintained their position at the top of the table with a 1-1 draw on Saturday.

Joseph George Vella put Xaghra ahead on the 20th minute and Dylan Bellotti equalised on the 64th.

After the game, Samuel Azzopardi, President of the Gozo Football Association and Horace Laudi, Chief Officer at Bank of Valletta, presented the Medals and Trophy to the newly crowned champions .

Daniele Degennaro put the Youths ahead on the 6th minute but Luke Attard equalised just before the end of the first half. However George Attard notched the winner seven minutes from time.