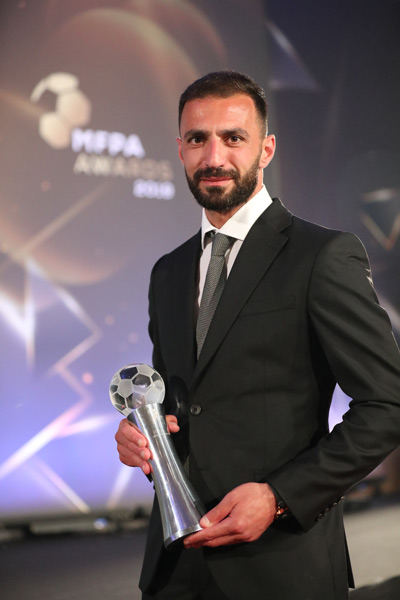 Valletta and Malta international defender Steve Borg won the Best Player Award in the MFPA Awards 2019 which was held at The Xara Lodge on Monday.

This event has become a staple in every football players calendar. Year in year out the anticipation grows and players cannot wait to see who will be taking home a coveted MFPA Award.

The special award went to players who have served the Maltese National team for 100 games or more. Michael Mifsud, David Carabott, Gilbert Agius, Carmel Busuttil, Roderick Briffa and Joe Brincat were given special recognition for this achievement.

President Emeritus George Abela was given the MFPA Merit award as recognition for the work done during his presidency at the helm of MFA and the positive effect such measures still have.

MFPA General Secretary Carlo Mamo in his speech gave a brief overview of the work carried out in fulfilment of the position paper which will be expiring at the end of the current season. Mamo also gave an update on the main points featuring in the upcoming position paper which is currently undergoing a consultation process.