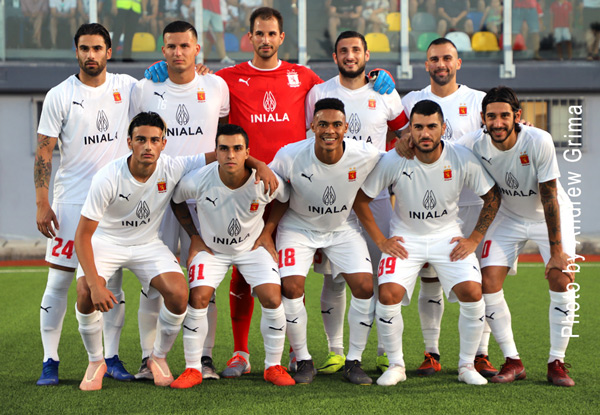 A depleted Valletta side shared the spoils with Ferencváros in a 1-1 draw in the second leg of the UEFA Champions League second qualifying round to exit the competition with a 2-4 aggregate score after losing 3-1 in the first leg.

Valletta will now proceed to the UEFA Europa League third qualifying round where they will be facing the winner of the clash between FC Santa Coloma of Andorra and FC Astana of Kazakhstan. The first leg in Andorra ended in a goalless draw with the second leg scheduled for Thursday. Ferencvaros, on the other hand, will be facing Dinamo Zagreb of Croatia in the next round of the UEFA Champions League.

Coach Darren Abdilla made a number of changes from the team which lost in Budapest as Ryan Camilleri, Shaun Dimech, Matteo Piciollo and Yuri de Jesus Messias replaced the suspended Steve Borg and Nicholas Pulis, the injured Douglas Packer while Kyrian Nwoko was among the substitutes. Jonathan Caruana, Santiago Malano and Bojan Kaljevic were still unavailable as they are recovering from injuries.

The visitors made their intentions clear right from the start, hitting the upright after just 22 seconds through Michal Skvarka. However the Citizens soon threatened the Ferencvaros rear-guard with a fine Yuri de Jesus Messias effort from outside the area which was blocked by Dibusz on the 3rd minute. On the 14th minute, Ihor Kharatin tried his luck with a shot from outside the area but the ball hit the foot of the upright.

The Citizens managed to break the deadlock on the 27th minute when they were awarded a penalty after Kevin Tulimieri was brought down inside the area by Gergo Lovrencsics; from the penalty spot, Mario Fontanella made no mistake.

However on the hour, Ferencvaros levelled matters thanks to Tokmac Nguen who concluded a solo effort with a fine shot from outside the area which gave goalkeeper Henry Bonello no chance.

Henry Bonello came to the rescue on the 68th as he tipped into a corner a header by Zubkov and from the resulting corner, the Valletta goalkeeper performed another good save on a Lanzafame header.

Ferencvaros were now comfortably in control and Davide Lanzafame had a good shot from the edge of the area turned into a corner by Bonello, aided by the post, on the 72nd minute. Four minutes later, the Valletta custodian turned into another corner a good Zubkov effort from the right.

One minute from time, Valletta were unlucky not to notch the winner when Yuri de Jesus Messias’ fine free kick hit the cross bar.