Astana prove too strong for Valletta 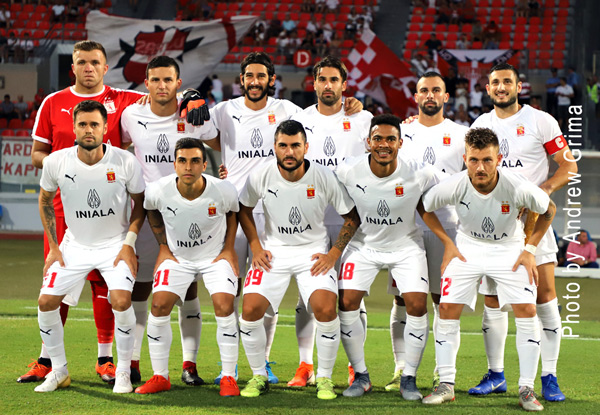 FK Astana proved too strong for Valletta as two goals each by Roman Murtazayev and Marin Tomasov handed them a comfortable 4-0 win in the second leg of the UEFA Europa League third qualifying round at the National Stadium on Thursday.

The champions of Kazakhstan therefore qualify with a 9-1 aggregate score and will be meeting BATE Borisov of Belarus in the next round of the competition.

Valletta coach Darren Abdilla, once again, could not count on his best players as Steve Borg was suspended while Henry Bonello, Jonathan Caruana, Santiago Malano and Bojan Kaljevic were all ruled out injured.

Astana took the lead on the 25th minute when Roman Murtazayev, served by Muzhikov on the right, advanced into the area and beat Cini with a fine shot.

Mario Fontanella went close for Valletta on 32 minutes but five minutes later, Marin Tomasov, served on the right, rounded the goalkeeper before hitting home from a close angle.

Fontanella was unlucky to hit the foot of the post with an angled shot from the left on 65 minutes but three minutes later, Astana scored the third goal when off a cross by Antonio Rukavina from the right, Roman Murtazayev headed the ball home.

Substitute Rangelo Janga hit the upright on the 88th minute but a minute later, Beysebekov advanced on the left and served the unmarked Marin Tomasov who hit hard past the Valletta goalkeeper.