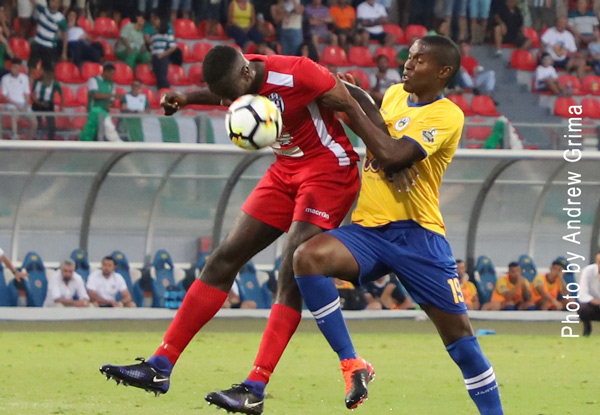 Newly-promoted duo Gudja United and Santa Lucia maintained their unbeaten run as a penalty deep into stoppage time enabled Gudja to rescue a point in a 1-1 draw at the National Stadium on Sunday.

For Gudja, this was the third consecutive draw while Santa Lucia add another point to their tally – a point which could have been three.

Santa Lucia took the lead four minutes from the end of the first half thanks to a powerful drive by Kevin Ante Rosero from outside the area which gave goalkeeper Jonathan Debono no chance.

Five minutes in added time, Gudja notched the equaliser when they were awarded a penalty after Rundell Winchester was brought down inside the area by Camilo Escobar and from the penalty spot, Alexandre Santana made no mistake.