Gzira United make it two wins in a row 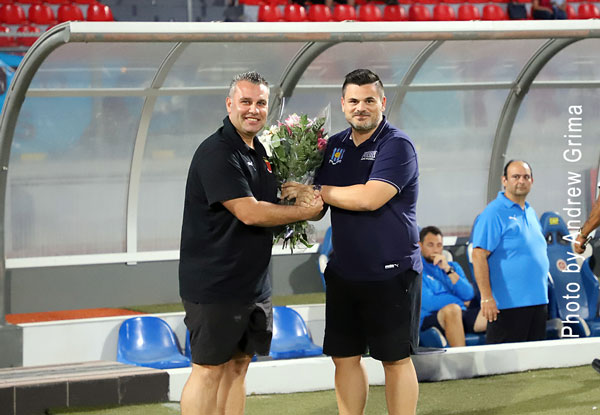 After beating Balzan on Sunday to register their first win, Gzira United made it two wins in a row as they defeated champions Valletta 3-1 at the National Stadium on Thursday.

The Maroons therefore retain their unbeaten record and join Hibernians and Sirens on the ten-point mark, one point behind joint-leaders Hamrun Spartans and Floriana.

Valletta, on the other hand, suffered their second defeat this season after collecting eight points from the last four matches in two wins and two draws.

Gzira managed to take the lead five minutes from the end of the first half when Hamed Kone advanced upfield before releasing Amadou Samb who hit home past goalkeeper Henry Bonello.

The Maroons doubled the score on the 59th minute when off a long through pass by Gianmarco Conti, Jefferson de Assis advanced on the right before hitting low past Bonello.

Nine minutes later, Gzira made it 3-0 thanks to another goal by Jefferson de Assis who received a cross from the right by Hamed Kone and rounded the goalkeeper before hitting home.

Valletta pulled one back a minute later when off a through pass by Jonathan Caruana for Mario Fontanella, there was a short clearance by Fernando Barbosa and the Italian striker’s effort from outside the area saw the ball being saved partially by goalkeeper Justin Haber, hit the upright and end at the back of the net.