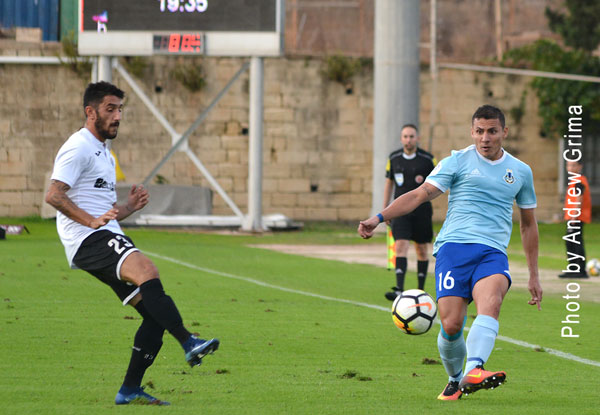 Hibernians condemned Sliema Wanderers to a fourth consecutive defeat as a goal early in the second half handed them a narrow win at the Hibernians Stadium on Sunday.

This was the second win on the trot for the Paolites who now join Hamrun Spartans in fourth place on the 16-point mark, one behind third placed Sirens and one ahead of champions Valletta.

The Wanderers, on the other hand, continue to disappoint as they suffer the fourth consecutive defeat which leaves them third from bottom on five points.

Hibs went close with attempts by Jake Grech and Gabriel Izquier but on the 58th minute, they managed to take the lead when a cross by Dunstan Vella beat goalkeeper Entonjo Elezaj.

To make matters worse for Sliema, Mark Scerri was sent off for the Wanderers six minutes from time following an incident with Jens Wemmer of Hibernians.