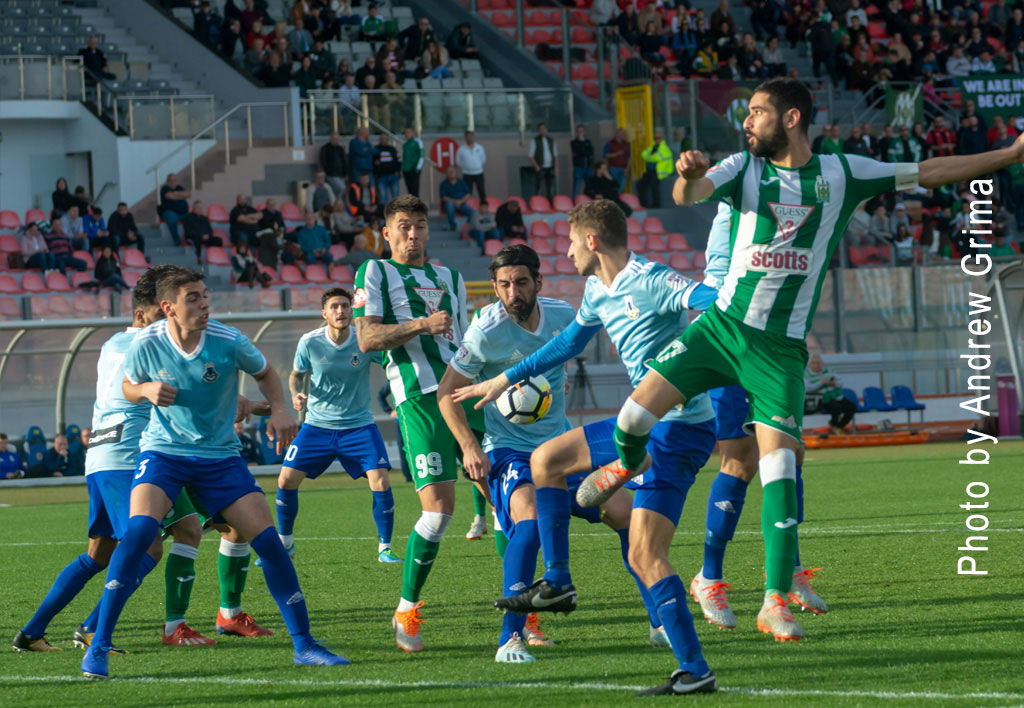 Floriana moved six points clear on top the BOV Premier League table as they extended their unbeaten record with a 2-1 win over Sliema Wanderers at the National Stadium on Sunday.

Vincenzo Potenza’s side end the first round with nine wins and four draws from thirteen matches – a clear intention that they want to challenge for the title – their first one since 1993 and the twenty sixth in the history of the club.

On the other hand, for Sliema, who were coming from three consecutive wins, this was a setback in their bid to climb out of the danger zone.

The Greens took the lead on the 2nd minute when off a Diego Venancio freekick from the left, there was a short clearance by the Sliema defence, Brandon Paiber served Tiago Adan Fonseca who slotted the ball past goalkeeper Entonjo Elezaj.

Sliema equalised nine minutes in the second half when following. Kurt Shaw concluded a good run on the right flank with an assist for John Mintoff who slotted past Akpan from close range.

Floriana however regained the lead on the 69th minute when Kristian Keqi served Jan Busuttil with a back heel pass from the right and Jan Busuttil hit low past the Sliema goalkeeper.