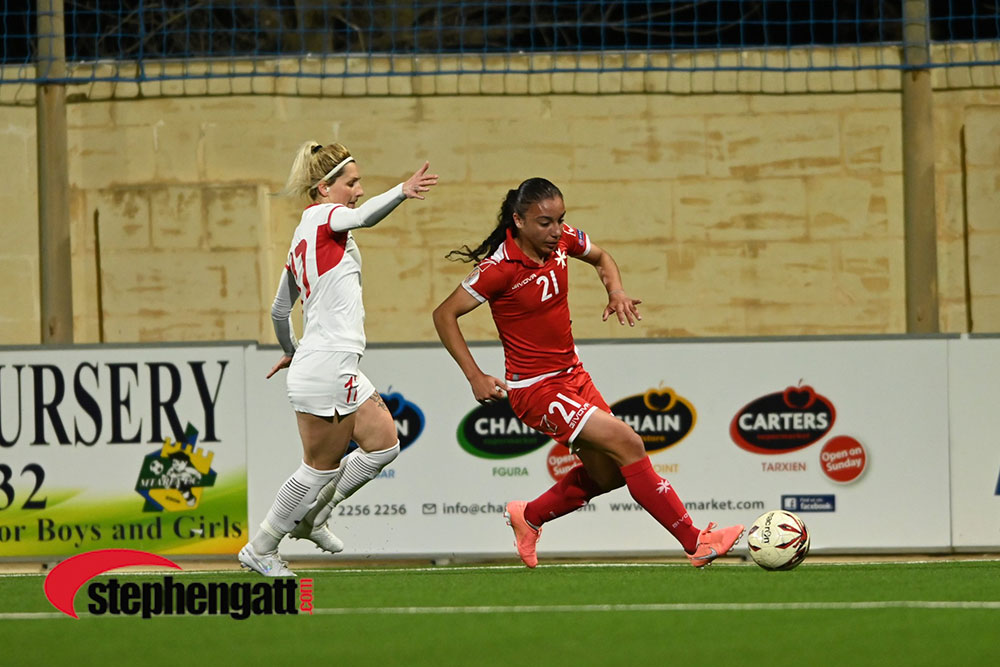 Malta registered their first win in Group B of the UEFA Women’s EURO qualifiers after defeating Georgia 2-1 at the Centenary Stadium on Thursday.

Mark Gatt’s side produced a great performance to take home the three points which puts Malta in fourth place in the group, three points ahead of Israel and four ahead of bottom-placed Georgia.

The locals took the lead on the 17th minute when off a cross by Haley Bugeja, who was making her debut in the competition, Rachel Cuschieri’s fine effort beat the Georgian goalkeeper with the ball hitting the crossbar before ending at the back of the net.

Dorianne Theuma headed just wide a few minutes later and towards the end of the first half, Haley Bugeja missed a good chance when served by Maria Farrugia.

Two minutes in the second half, Malta doubled the score when Haley Bugeja gained possession in midfield and advanced upfield and into the area before hitting home in style.

Maria Farrugia could have added another but her angled shot was turned into a corner by the goalkeeper.

Georgia reduced the gap on the 78th minute through Khatia Tchkonia who rounded the goalkeeper before depositing the ball inside the empty net.

Haley Bugeja was then unlucky to have a shot blocked by the goalkeeper, hitting the foot of the upright before being cleared into safety by a defender.