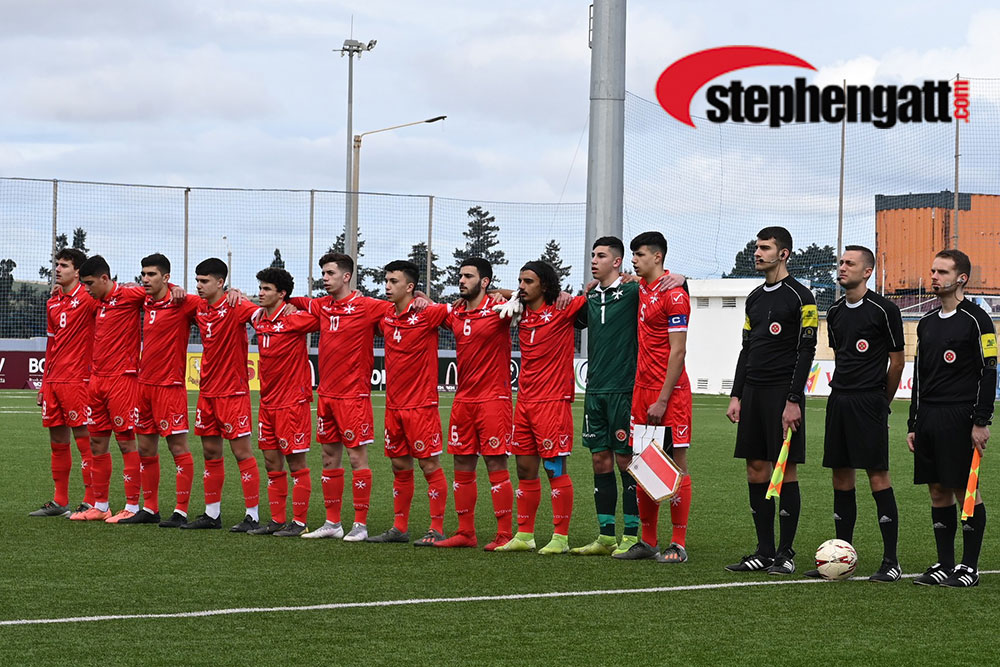 The Malta Under-19 team lost 0-2 to Montenegro in the first of two friendly matches at the Centenary Stadium on Tuesday.

Led for the first time by newly-appointed coach Andrea Tedesco, the Maltese team, featuring several players who were part of the Under-17 squad, turned in a positive performance, holding their own for most of the game but two goals in the last 10 minutes earned Montenegro a 2-0 victory.

The first notable opportunity for Malta came on 14 minutes when Kurt Desira tried his luck with a long range free-kick which was saved by the Montenegro keeper.

Montenegro replied on 21 minutes. Petar Vukovic sent in a low cross from the right but the unmarked Nikola Janjic didn’t take advantage as his weak effort went wide.

Just before the interval, Montenegro went close as Vasilije Cavor produced a powerful drive from just outside the box but Malta keeper Matthias Debono pulled off a fine save to turn the ball away for a corner.

In the second half, the Maltese players maintained their positive attitude, pressing high and sharing the exchanges with their opponents.

With 20 minutes remaining, Malta had another chance as substitute Nikolai Micallef delivered an inviting cross but Sheldon Mizzi’s far-post effort was diverted for a corner.

On 76 minutes, Montenegro replied with the best chance of the game until then. There was a good solo move on the left by Aldin Drndar who advanced before picking out the unmarked Bogdan Obradovic who, from an ideal position, fired wide.

Montenegro broke the deadlock with nine minutes left on the clock. The unmarked Aldin Drndar received a pass just inside the box before beating Debono with a low shot.

The visiting side sealed their win with a second goal two minutes from the end. Malta failed to clear a well-taken free-kick and Aldin Musovic took advantage to nudge home from close range.

The two teams will meet again on Thursday with the second friendly match also starting at 11:00 at the Centenary Stadium.