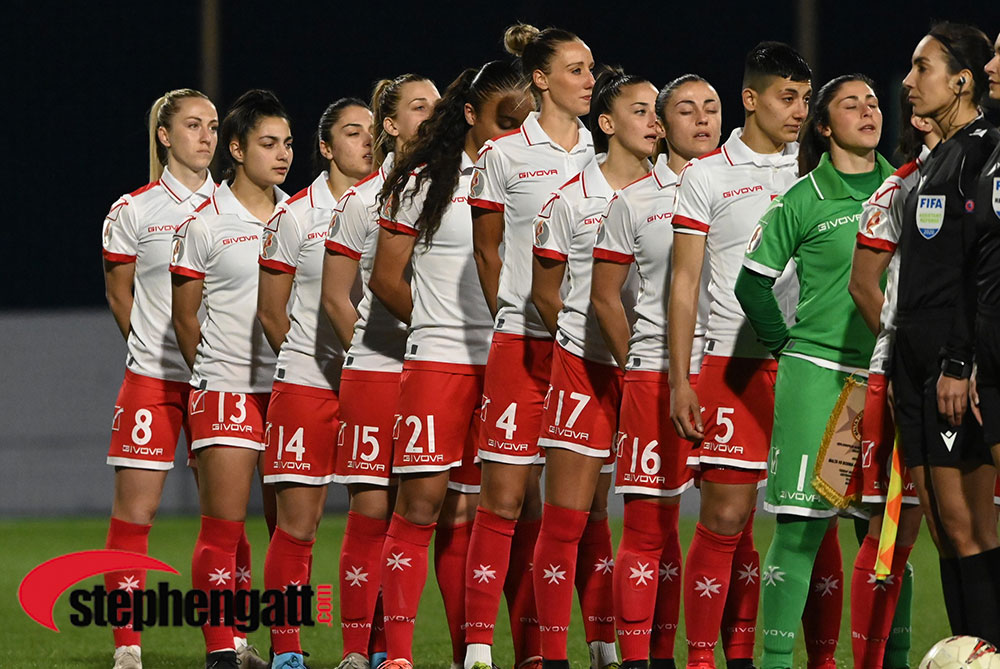 Malta scores two late goals in a 2-3 defeat to Bosnia Herzegovina in a match from Group B of the UEFA Women’s EURO qualifying round at the Centenary Stadium on Tuesday.

Bosnia Herzegovina, who are third in the group, were a clearly better side, taking a comfortable lead but the locals fought back, reducing the gap to just one goal.

The visitors took the lead on the 10th minute thanks to a diagonal shot from the right by Sofija Krajsumovic which beat goalkeeper Janice Xuereb.

On the 26th minute, Malta conceded the second goal when off a cross from the right, Sofija Krajsumovic headed home past Xuereb.

Haley Bugeja had a shot blocked by goalkeeper Dijana Haracic and following a throw in from the left, an angled shot by Maria Farrugia was turned into a corner by the Bosnia goalkeeper on the half hour. A minute later, Dorianne Theuma, who was making her 100th appearance for the national team, concluded a solo effort with a shot from outside the area which was parried by goalkeeper Haracic.

Nine minutes in the second half, Bosnia Herzegovina scored the third goals thanks to another goal by Sofija Krajsumovic who beat the Malta goalkeeper with a cute lob from outside the area after catching her out of place.

Malta missed an excellent opportunity to reduce the gap when off a fine assist by Haley Bugeja, Brenda Borg failed to connect from close range.

Eleven minutes from time, Malta finally reduced the arrears thanks to substitute Emma Xuereb who slotted the ball home following an assist by Haley Bugeja from the left.

On the 92nd, Malta went close with a powerful drive by Brenda Borg which was turned into a corner by the visitors’ goalkeeper.