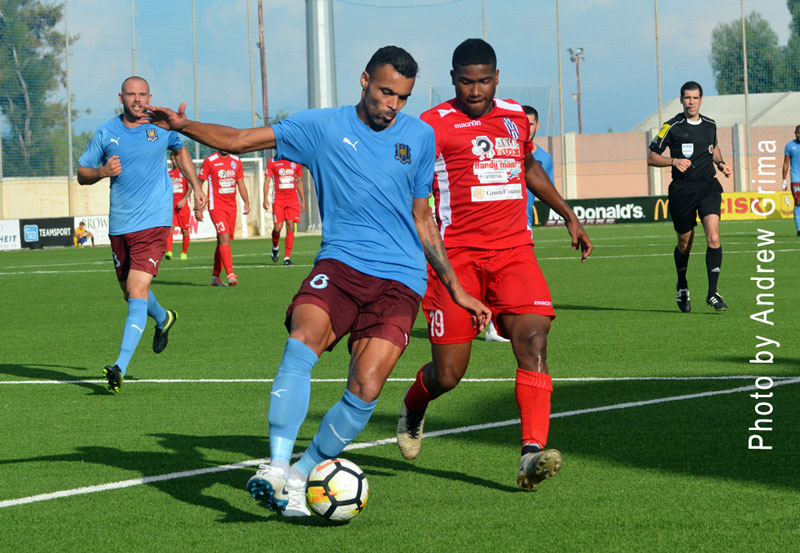 Brazilian striker Jefferson de Assis scored four as Gzira United extended their unbeaten record in the BOV Premier League thanks to a most comfortable 6-1 win over Gudja United at the Centenary Stadium on Saturday.

This was the fourth consecutive win for the Maroons which enables them to move temporarily in second place. Gudja, on the other hand, remain second from bottom as they suffered a fourth consecutive defeat. Ironically in their first four matches, both Gzira and Gudja had earned four points thanks to draws but since then, Gzira won the last four matches and Gudja lost theirs.

Gzira took the lead on the 2nd minute thanks to a Jefferson de Assis header following a cross from the right.

On the 13th minute, Amadou Samb exchanged the ball with Hamed Kone with the Senegalese striker placing the ball at the back of the net in style from close range.

Gzira increased the lead on the 28th minute thanks to Jefferson de Assis who slotted the ball past the Gudja goalkeeper after that a cross by Kone was deflected by a defender.

Gudja pulled one back three minutes later when Fernando Barbosa lost possession to Alexandre Santana who served Aidan Jake Friggieri and the latter hit low past Haber from inside the area.

Jefferson de Assis, however, restored a comfortable lead on the 69th as he headed the ball home off a cross from the right by Hamed Kone.

Five minutes later, Jefferson de Assis was on target once again after receiving an assist by substitute Andrew Cohen beating Debono with a powerful shot.

One minute from time, Andrew Cohen scored Gzira’s sixth with a shot from the left after receiving the ball from a corner.