Valletta rescue a point in 2-2 draw with Santa Lucia 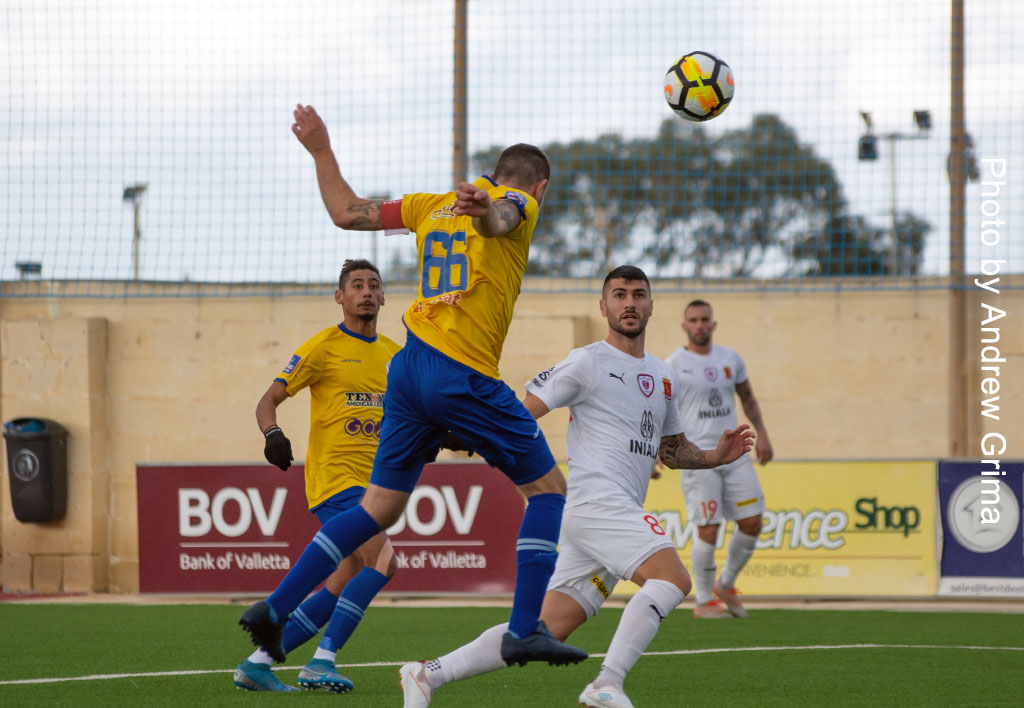 A penalty three minutes from time enabled Valletta to rescue a point in a 2-2 draw with Santa Lucia at the Centenary Stadium on Saturday.

Santa Lucia had managed to build a two-goal lead but Valletta hit back to score twice and deny Oliver Spiteri’s side a first win in over three months.

Making their debut for the Citizens were Miguel Angel Alba and Triston Caruana.

Valletta move alone in second place on 26 points, five behind leaders Floriana and one ahead of Gzira. The latter two have a game in hand.

Santa Lucia forged ahead on the 22nd minute when off a cross shot by Camilo del Castillo Escobar, Kyrian Nwoko headed the ball past Henry Bonello for an own goal..

Four minutes in the second half, Santa Lucia doubled the score when Diego Usuga Mendoza was brought down by goalkeeper Henry Bonello and from the penalty spot, Camilo del Castillo Escobar.

Steve Borg was sent off for Valletta after receiving a second yellow card for a reckless tackle.

However three minutes from time, they still managed to notch the equaliser when they were awarded a penalty after Lee Galea handled the ball inside the area and from the penalty spot, Mario Fontanella converted.