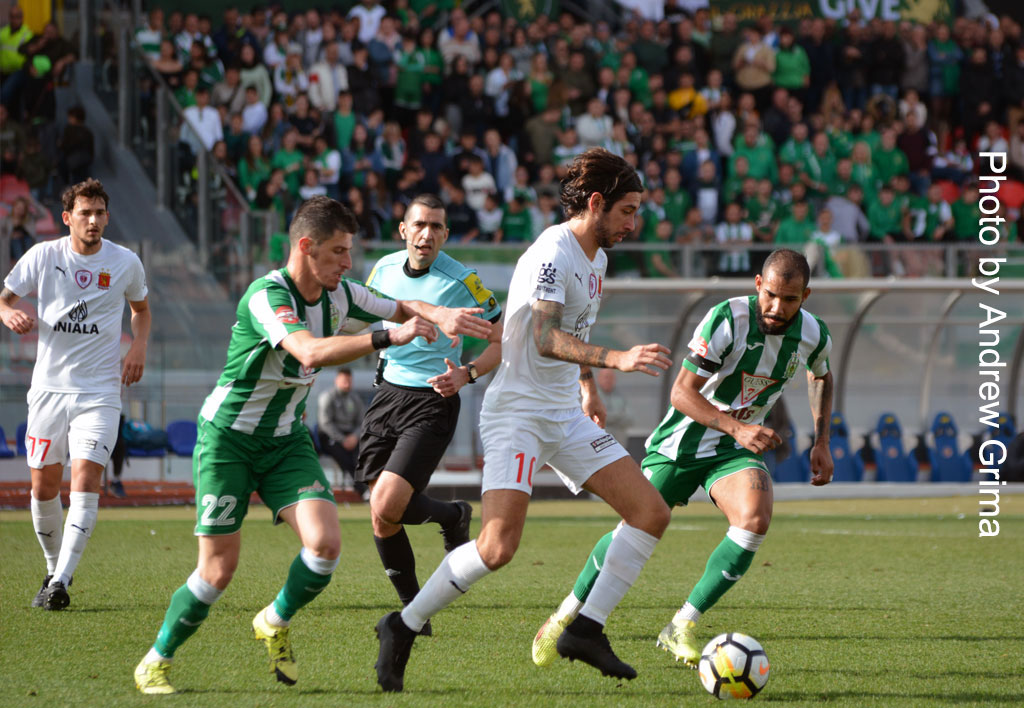 An early goal by Steve Borg handed Valletta a narrow win over leaders Floriana at the National Stadium. A win which opens once again the race for the championship as they now lie just two points behind the Greens.

Valletta have therefore extended their positive run to ten matches while Floriana suffer the second defeat in three league matches.

Apart from the suspended Tiago Adan Fonseca, the Greens could not count on new signing Marcelo Dias who was also serving a suspension while Enzo Ruiz sustained an injury during warm-up and had to be replaced by Moustapha Beye.

Valletta, on the other hand, welcomed Henry Bonello back in goal.

The Citizens had the perfect start, taking the lead on the 6th minute when off a Triston Caruana freekick from the right, Steve Borg’s powerful header gave goalkeeper Ini Etim Akpan no chance.

Florina replied with an assist by Ryan Camenzuli for Kristian Keqi who tried to round Henry Bonello on the 14th minute but the Valletta custodian neutralised his attempt. Six minutes later, off a cross from the right, Matias Garcia’s low conclusion was blocked by Borg.

Four minutes in the second half, a powerful drive by Bojan Kaljevic ended just wide. Matteo Piciollo hit high off a Miguel Angel Alba freekick from the left on the 76th minute.

Deep into stoppage time, Valletta could have doubled the score when in a swift counter-attack, Santiago Malano hit incredibly wide, after exchanging the ball with Fontanella, despite catching Akpan out of place. Finally Diego Venancio had a powerful long-distance freekick blocked by Nicky Vella.