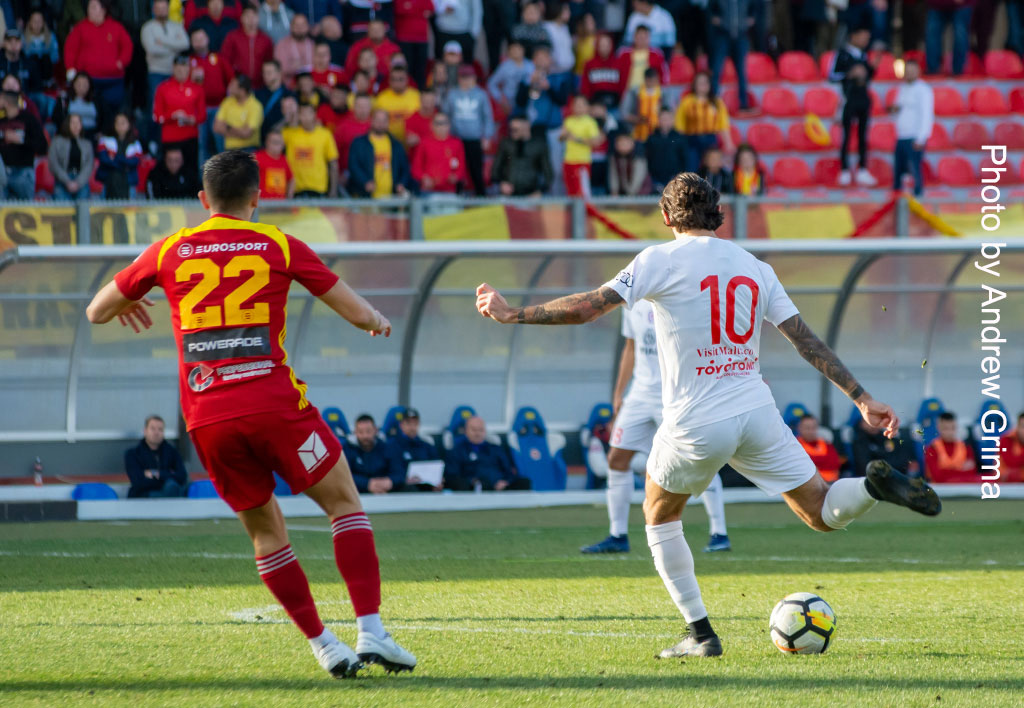 Birkirkara survived an early scare as they came from behind beat rivals Valletta 4-1 at the National Stadium on Sunday.

The Stripes, who extend their unbeaten run to six matches although they are still sixth, eight points behind the leaders, were worthy winners as they were quick to bounce back after conceding a goal after just thirty seconds.

The Citizens missed the chance to take sole leadership in the BOV Premier League as they continue to share the top spot with Floriana, one point ahead of Hibernians and Sirens and three ahead of Gzira.

Valletta had a perfect start taking the lead after just thirty seconds when Bojan Kaljevic received the ball on the left and served the unmarked Miguel Angel Alba who slotted the ball past Andrew Hogg.

Birkirkara, however, levelled matters on the 6th minute when off a Matthew Guillaumier corner from the right, Federico Falcone’s effort was blocked by a defender and Enrico Pepe took the rebound, hitting home past Henry Bonello.

Bojan Kaljevic went close with a shot from outside the area and Birkirkara replied with a Paul Mbong effort which was blocked by Steve Borg.

The Stripes forged ahead on the 38th minute when Yannick Yankam received an assist by Federico Falcone from the right and the former Qormi midfielder sped past Steve Borg, serving Paul Mbong who slotted the ball past the Valletta goalkeeper.

Two minutes later, Birkirkara made it 3-1 when Matthew Guillaumier advanced upfield before serving Federico Falcone on the left and the former Valletta striker flicked the ball past Bonello.

One minute and thirty seconds in the second half, Birkirkara went 4-1 ahead when off an Isaac Ntow corner from the left, Oscar Matias Carniello headed the ball down before hitting hard past Bonello.